Second post in this series of three, four or five. Go HERE for the introduction.

The no. 2 painter, all categories: 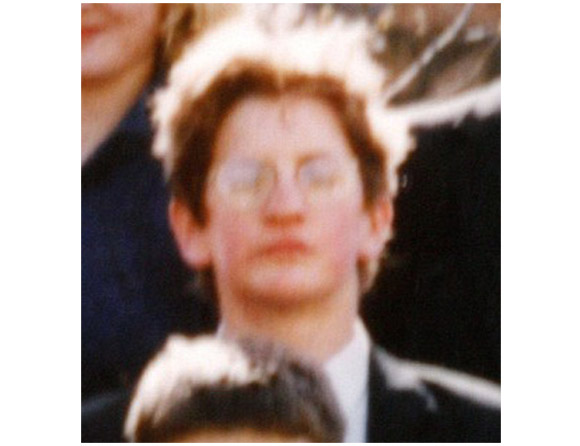 When you read about Banksy on Wikipedia you’ll find under ‘movement’: Anti-war, Anti-capitalism, Anti-fascism, Anti-imperialism, Anti-authoritarianism, Anarchism, Nihilism, and Existentialism. All of which every sane person would accept and support. Banksy, this mythological anonymous mystery-man, represents all of these movements better than any famous person alive. Can you think of anyone who’s managed to capitalize on and sell all of these anti:s as has Banksy? And still, unanonymous or not, the blighter can still stroll down to the pub and have a couple of pints with his mates without having the paparazzi buggering him. 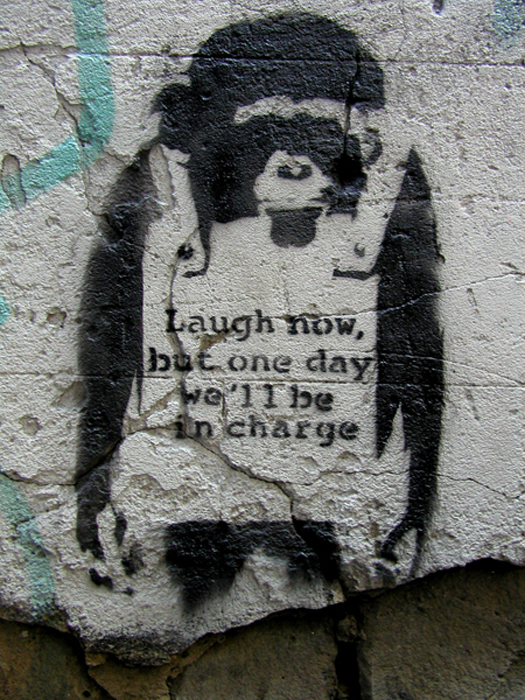 “I’m going to speak my mind, so this won’t take very long.

Despite what they say graffiti is not the lowest form of art. Although you might have to creep about at night and lie to your mum it’s actually one of the more honest art forms available. There is no elitism or hype, it exhibits on the best walls a town has to offer and nobody is put off by the price of admission.

A wall has always been the best place to publish your work.

The people who run our cities don’t understand graffiti because they think nothing has the right to exist unless it makes a profit, which makes their opinion worthless.

They say graffiti frightens people and is symbolic of the decline in society, but graffiti is only dangerous in the mind of three types of people; politicians, advertising executives and graffiti writers.

The people who truly deface our neighbourhoods are the companies that scrawl giant slogans across buildings and buses trying to make us feel inadequate unless we buy their stuff. They expect to be able to shout their message in your face from every available surface but you’re never allowed to answer back. Well, they started the fight and the wall is the weapon of choice to hit them back. 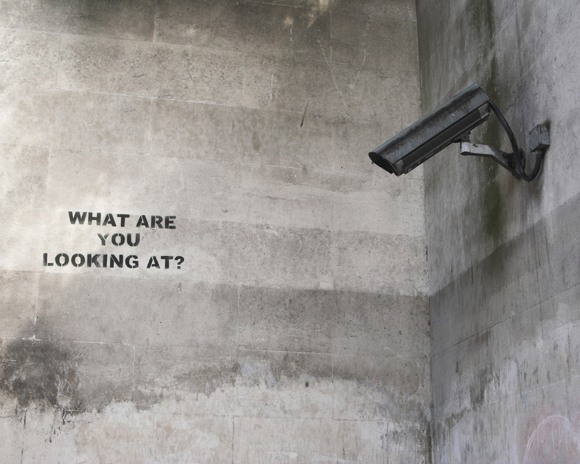 Any advertisement in public space that gives you no choice whether you see it or not is yours. It belongs to you. It’s yours to take, re-arrange and re-use. Asking for permission is like asking to keep a rock someone just threw at your head.” 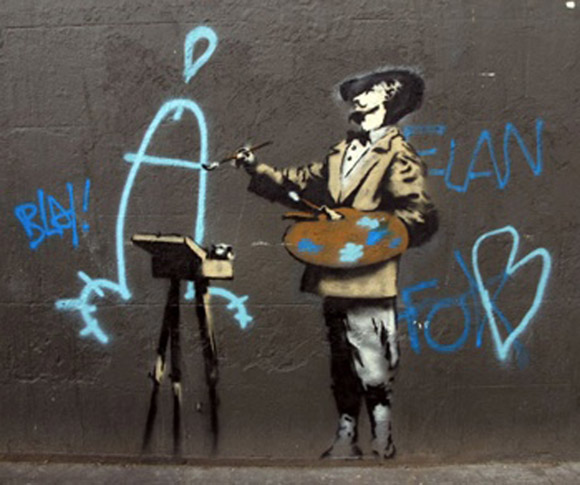 I’ve chosen to include selected

“Advice on painting with stencils

-It’s always easier to get forgiveness than permission

-Nothing in the world is more common than unsuccessful people with talent, leave the house before you find something worth staying in for.

-Try to avoid painting in places where they still point at aeroplanes.

-When explaining yourself to the Police its worth being as reasonable as possible. Graffiti writers are not real villains. Real villains consider the idea of breaking in someplace, not stealing anything and then leaving behind a painting of your name in four foot high letters the most retarded thing they ever heard of.

-The easiest way to become invisible is to wear a day-glo vest and carry a tiny transistor radio playing Heart FM very loudly. If questioned about the legitimacy of your painting simply complain about the hourly rate.

-The time of getting fame for your name on its own is over. Artwork that is only about wanting to be famous will never make you famous. Fame is a by-product of doing something else. You don’t go to a restaurant and order a meal because you want to have a shit.” 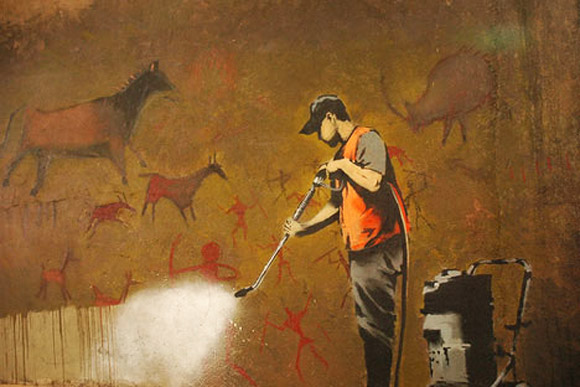 Banksy’s very inspiring movie Exit Through the Gift Shop (2010) had a profound impact on me. It was nominated for Best Documentary in the 2011 Academy Awards, and in my mind only cements his status as a multitalented super savant. Download it from the usual retailers. 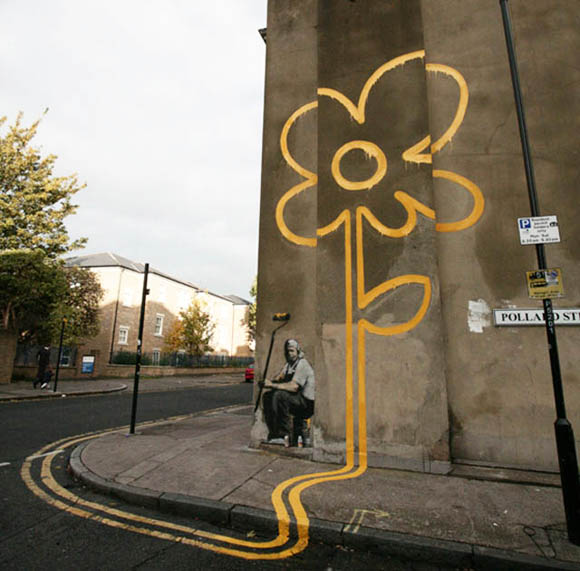 There is so much I’d like to know about Banksy. How has he managed to keep his identity secret for so long? How exactly has he financed his increasingly complex projects and never ending world travels? What’s the deal in his studio / workshop / factory (?); does he run a traditional business with employees and wages?
This information may already be out there, maybe it’ll surface with time, or I may never know.
However, it doesn’t really matter and I think I’ve already gotten the most valuable gift on offer from the Banksy concept – Loving encouragement / inspiration to make whichever reality that suits me the best take shape. Appreciating his efforts by far transcends the usual “ooh that’s so pretty and clever”, and ultimately means facing one of the most important arguments of our time. Society gives scant incentive for deviant ways of life, while at the same time it could be argued that the opposite is true in its presently flawed form.  Capitalism is writhing in its death throes, and never before have I felt such desire to break free, to learn and to love, all thanks to Banksy, the no 2 painter in the world, and the no 1 wanker.

This entry was posted in Valdehouse. Bookmark the permalink.